The 1970–1973 Datsun 1200 was a key car in the Datsun (now Nissan) lineup. This new model was slightly larger in all dimensions to match its market rival, the equally popular Toyota Corolla. To it’s credit the Datsun 1200 was the most fuel-efficient vehicle in the United States in 1973, it was rated at 28.7 mpg-US in combined driving. It achieved 37.9 mpg-US on the highway and at its introduction, it was the lowest price car at $1866. (Road & Track magazine, November 1970).

The cars were assembled at the Zama Plant in Japan. They were also assembled in Australia as well for their local market.

The US received Japanese made models which grew into the reputation of reliability and economy.

The 1200 sported a SOCH 1.2 liter inline 4 or available SOCH 1.4 Liter inline 4 as well matched with either a 3-speed automatic or 3/4/5-speed manual. The car was very light on its tires pulling in at 1640 lbs. very economical indeed.

In the United Kingdom the Datsun 1200 were to become one of Datsun’s first stars there, importing them in large numbers. The 1200 came in many forms, coupe, 4-door sedan, sunny van deluxe (wagon) and eventually the pickup. Today it remains as a popular car with many shining examples alive with proud their owners. 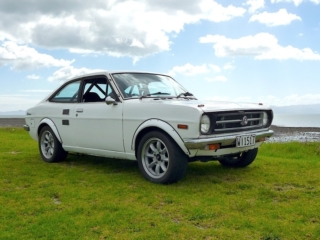 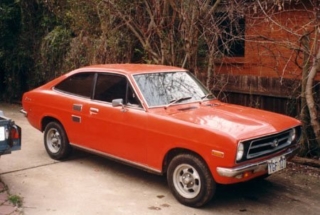 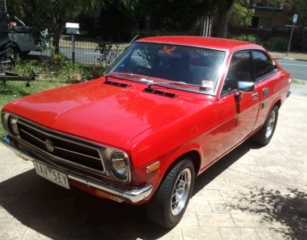 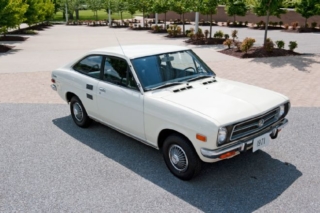 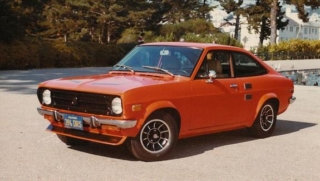 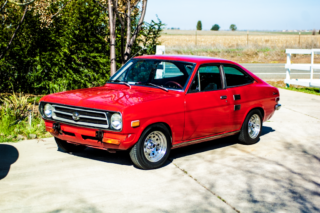 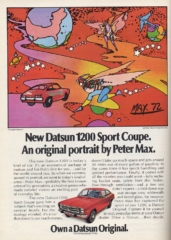 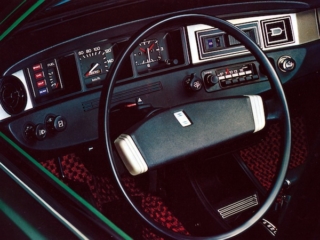 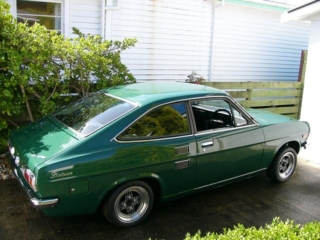 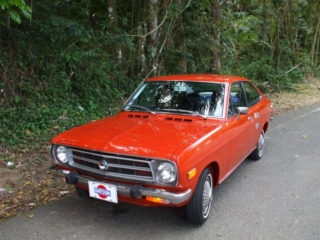 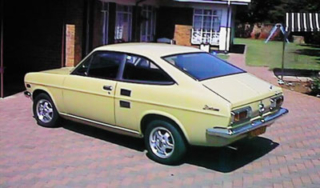 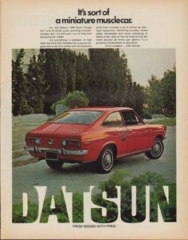 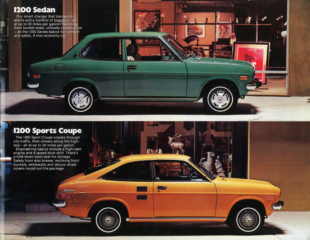