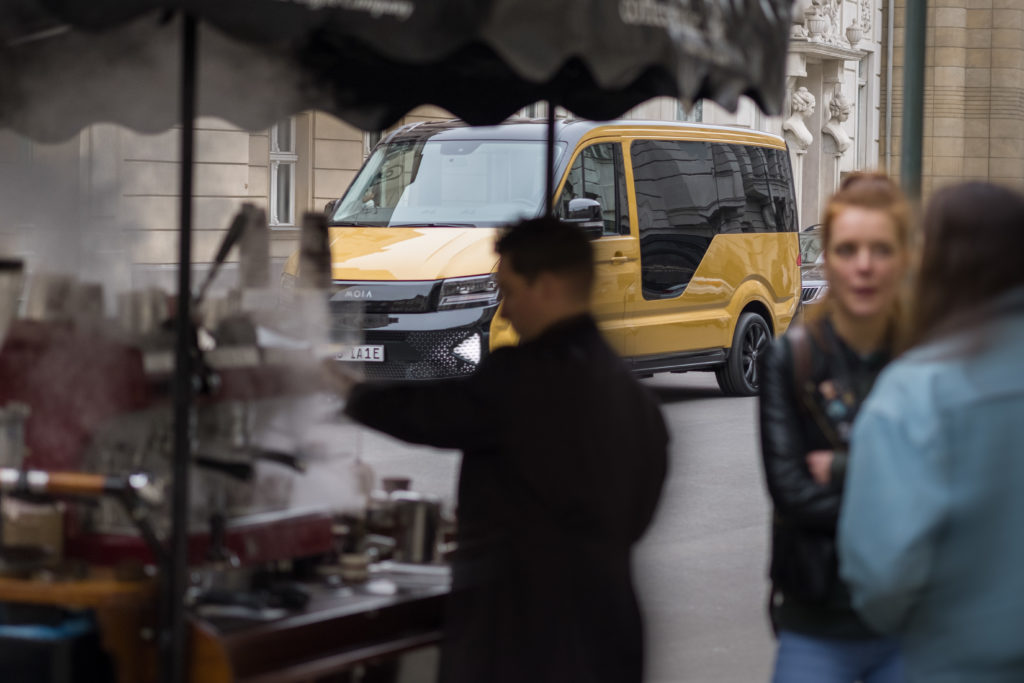 MOIA, the mobility startup from the Volkswagen Group just introduced its ride pooling concept just one year after its inception.

The startup’s concept provides new mobility options that will significantly reduce traffic and help reduce air and noise pollution in major cities. MOIA will present its ride pooling ecosystem with the mission “One Million Cars off the Road” at TechCrunch in Berlin, where the first self-designed MOIA car, that is fully electric and optimized for ride pooling services, will make its debut. “We started one year ago at TechCrunch in London with the vision of partnering with cities to improve the efficiency on their streets. We want to create a solution for the typical transport problems that cities face, such as traffic, air and noise pollution, and lack of space, while simultaneously helping them reach their sustainability goals. In a short time, we’ve laid the groundwork to add a new mobility component to the urban mix. In 2018, we’ll be ready to launch our ride pooling concept internationally and take the first steps toward our goal of reducing the number of cars in major cities by one million in Europe and the USA by 2025, says Ole Harms, MOIA CEO.” 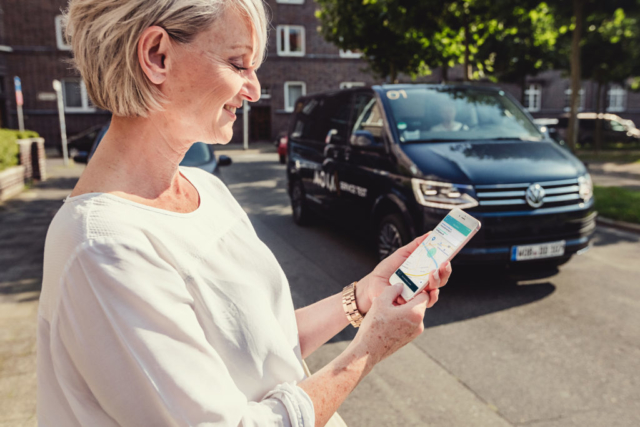 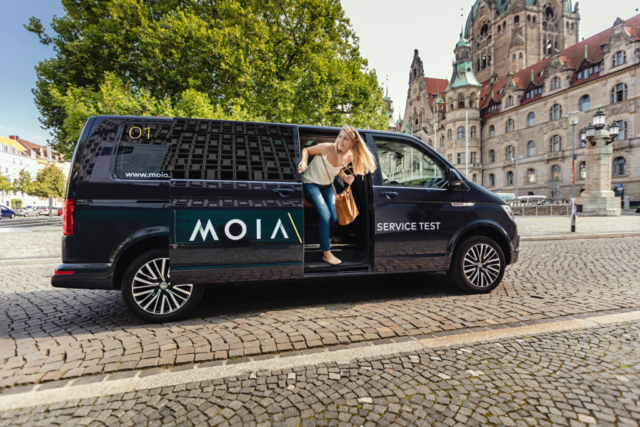 The entire program is slated to start by the end of 2018. “We’ll be able to offer the complete ride pooling value chain – as needed or just individual pieces,” says Harms. This is not a closed system, however, various operator models are available and can be developed with the cities and partners.

The centerpiece of the pooling system is the MOIA EV car. This will be presented at the TechCrunch public viewing. Along with the car, the system also utilizes a smartphone app, which passengers will use to book and pay for the Rideshare, similar to Uber’s and Lyft’s app. The app will show which cars are available and how much the ride will cost before a customer books a trip. A pooling algorithm groups passengers with similar destinations together in order to increase the capacity for each car and to avoid detours. A driver app and comprehensive fleet management complete the system. 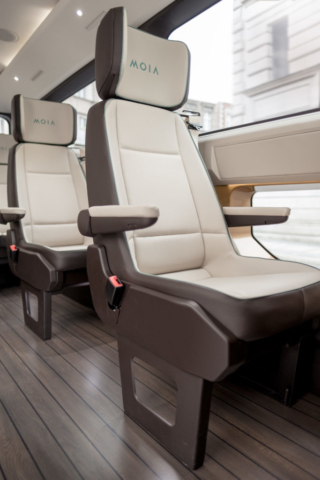 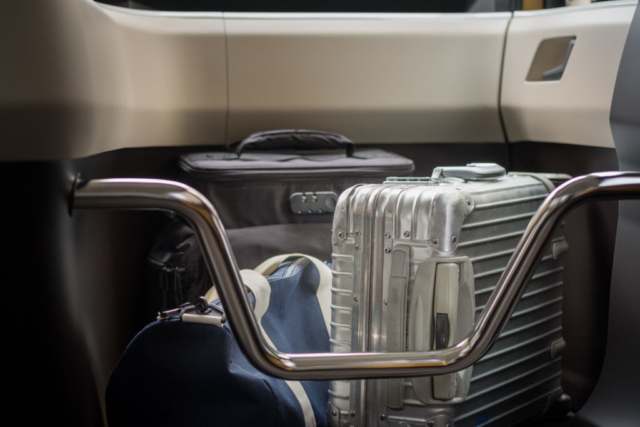 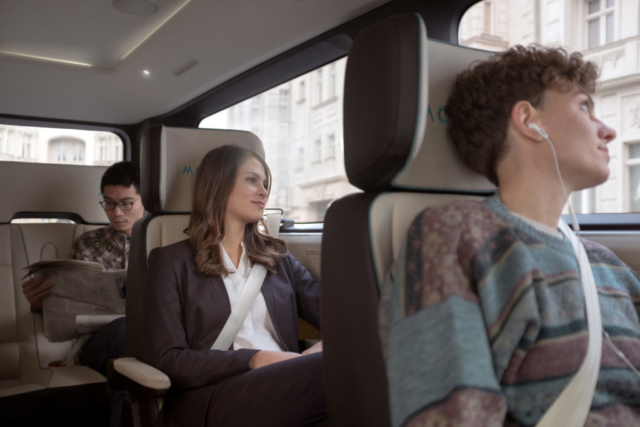 The MOIA car is a full electric car that provides space for up to six passsengers.
The interior was designed to be spacious with standalone seats with plenty of legroom, and with enough headroom to stand and space to move around and reach each seat with ease. The car was developed and designed exclusively for ride pooling services. Convenience was built into the EV with features such as dimmable reading lights and USB ports. Each car also offers fast WiFi for passengers. The automatic passenger side door and handlebar make getting in and out of the car easy. There is a convenient luggage area where the traditional passenger seat used to be for riders luggage.

“The car represents total comfort and is a crucial piece of our consistent service experience. We developed it using our co-creation process, which involved multiple rounds 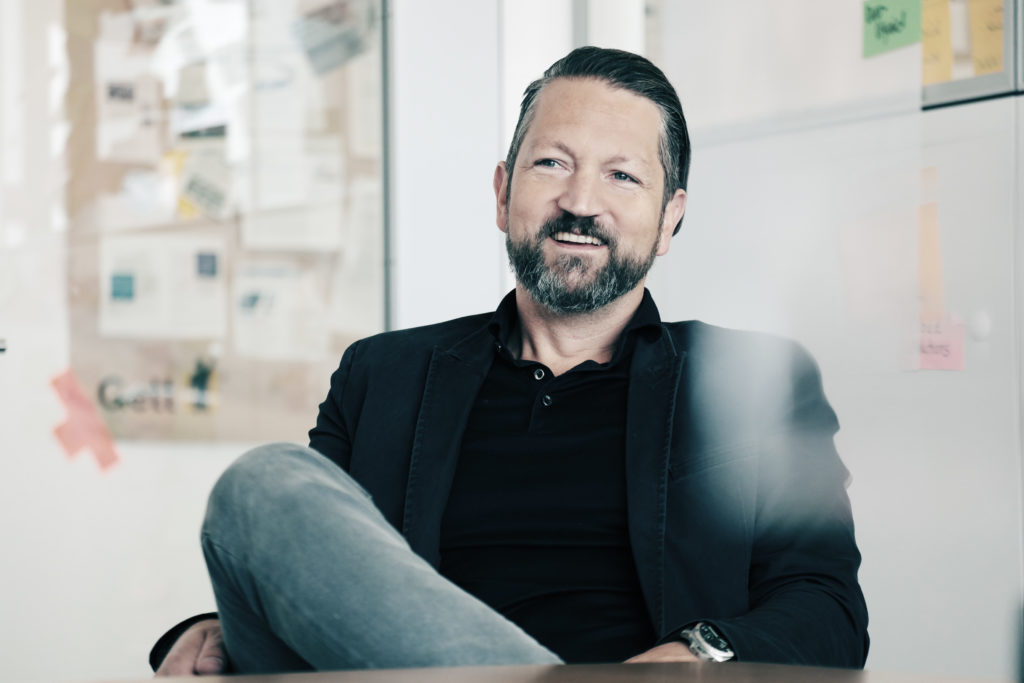 of potential users of various age groups testing cars and providing feedback. Many of the ideas from this process went directly into the development of the car. We’re also working on other future versions as well,” says Robert Henrich, MOIA COO.

Volkswagen Commercial Vehicles and Volkswagen Osnabrück planned, developed and built the MOIA car in record time: ten months. The car has a range of more than 300 kilometers according to WLTP-standard and can be charged up to 80 percent in about 30 minutes. “Together with MOIA and VW Osnabrück, we are redefining car manufacturing;” says Eckhard Scholz from the Executive Board of Volkswagen Commercial Vehicles. “We are very proud of the fact that we were able to build a new car specifically tailored to the needs of ride pooling in just ten months.” This accomplishment was made possible through the use of agile processes in the Osnabrück plant. The car will make its debut on the streets of Hamburg next year.

MOIA has been testing its service in Hannover since October 2017 and continuously developing its components in real time. The “MOIA co-creation process” is an integral part of this test, which consists of a fleet of 20 Volkswagen T6 Multivans.

For more information, go to https://www.moia.io/press/ MOIA is a 100% subsidiary company of the Volkswagen Group. The company, based in Berlin, Hamburg, and Helsinki, develops its own mobility services, working together with cities and public transportation organizations. MOIA is currently developing and implementing various services along the mobility value chain with multiple offerings for different user groups.